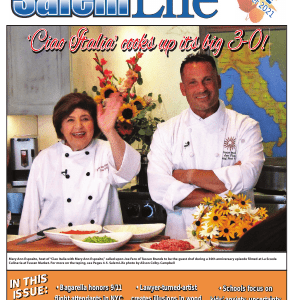 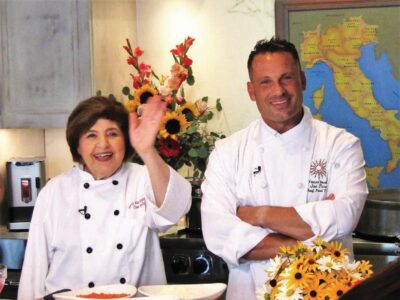 Mary Ann Esposito, host of “Ciao Italia with Mary Ann Esposito,” called upon Joe Faro of Tuscan Brands to be the guest chef during a 30th anniversary episode filmed at La Scuola Culinaria at Tuscan Market. For more on the taping, see Pages 4-5. Salem Life photo by Alison Colby-Campbell 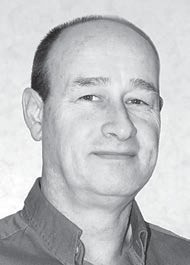 The rich ‘rewards’ of pool ownership …

Because I’m wildly successful, our home is appointed with an above-ground pool. Not everyone can handle the responsibility or cost of such a lavish addition, but when your salary is almost two pay grades north of “refugee,” your lifestyle demands a pool. And a good plasma TV that gets the NASCAR and WWE channels. But enough about the thinking man’s […] 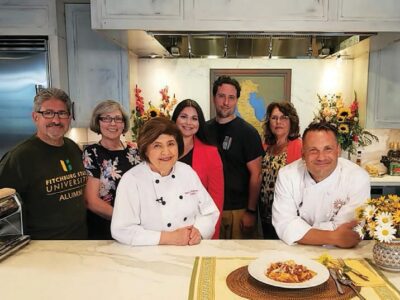 More than 2,000 people signed up for a chance to be in the audience as Mary Ann Esposito, culinary icon and host of the PBS series “Ciao Italia with Mary Ann Esposito,” taped the 30th season at La Scuola Culinaria at Tuscan Market. Producing two shows per day, the entire season was taped in less than a week. Esposito’s charming […] 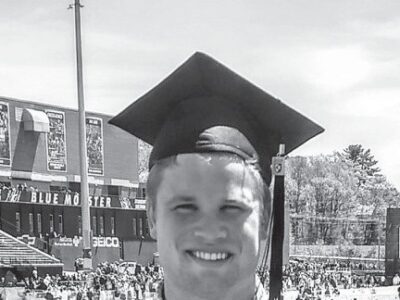 A season of change falls upon SHS athletic programs

Against an ever-changing backdrop of mandates and restrictions, new beginnings are abound at Salem High School with the transitioning of not one, but two, varsity helms. From the era of post-COVID-19 shutdowns emerges Mackenzie Kraines, the boys varsity soccer coach, who assumes the reigns from the departing Matthew Persell. Along with Kraines is the hiring of Sean Stewart, the rookie […] 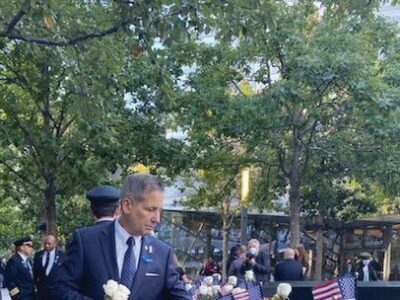 Salem’s Ralph Bagarella remembers the day vividly. On that horrific morning of Sept. 11, 2001, he received an alarming phone call from his employer, United Airlines, urging him to get to Logan Airport immediately. The 46-year-old president of the Boston chapter of the Association of Flight Attendants (AFA) and former president of the Methuen Sons of Italy raced to the […] 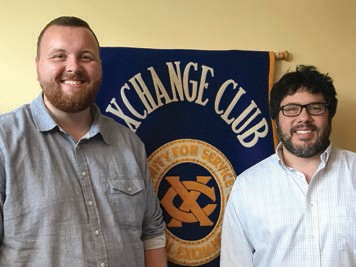 The Exchange Club of Salem recently welcomed two new members, Joseph Sweeney and Jon Stark. Sweeney is a lifelong resident of Salem and attended Salem schools. He graduated the University of New Hampshire in 2016 with a bachelor’s in political science. He then graduated from the Carsey School of Public Policy with a master’s in public policy in 2018. Sweeney […] 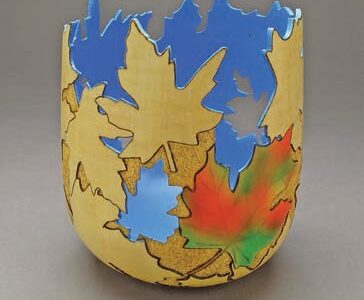 What gets you up and out of the house each day? For many artists and craftspeople, the impetus is usually the thought of digging into that next creation or putting the finishing touches on a work in progress. Creativity is a strong motivator. Donna Zils Banfield doesn’t simply grab a cup of coffee and settle in at an easel or […] 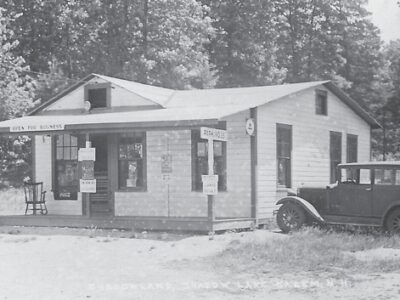 Then & Now is a monthly feature presented by Salem Life in conjunction with author and Salem historian, Douglas W. Seed.

Cottages were springing up around Shadow Lake as early as the late 1800s. By the 1920s the area was able to support a store, and did until the 1960s. This is where early vacationers bought ice and used the telephone. Located across from the only beach on the lake, they even offered parking for 25 cents. Canned goods and other […] 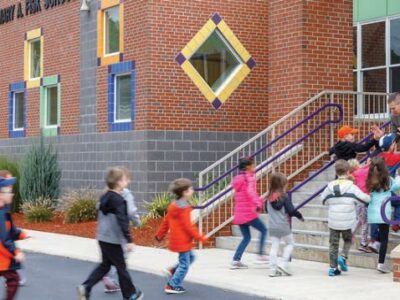 A focus on social-emotional learning

By Dave Halpin,
Communications/Project Manager for the Salem School District

One of the overlooked items in the Salem School District’s 2021-22 Opening Plan is the emphasis the district will be placing on addressing any potential learning loss and the social-emotional well-being of students. Mental health teams were ready on Day One to greet returning students who were remote last year as well as in-person students who have experienced a turbulent […]