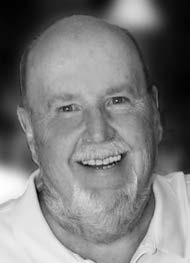 Hot summer nights take many of us back to unforgettable weekend evenings spent at the Canobie Lake Park ballroom. A dance hall was there from the park’s very begin­ning in 1902, but from the 1930s through ’60s the place really hopped. Merrimack Valley young people swooned, strutted, prowled for dates, twisted, shimmied and shook to the greatest bands and performers of their times.

Lawrence, Mass., held a treasure trove of immigrant musicians who formed bands and orchestras and played at the many social clubs and functions in the city. The best were hired to play at Canobie during the 1930s, ’40s and early ’50s, but on Friday and Saturday nights, the really big names came to town. Nationally famous acts like Count Basie, Guy Lombardo, Benny Good­man, Glenn Miller and Duke Ellington played here, along with a list of other greats too long to name.

C’mon baby, let’s do the twist!

In the 1950s, popular music flipped to rock ’n’ roll after Elvis appeared on “The Ed Sullivan Show.” Canobie Lake Park had new owners in 1958 and they worked with WBZ AM radio disc jockey Dave Maynard to run “Record Hops” featuring top rock bands every week. Through the late 1960s, the dance hall was jam-packed with teens just dying to see their favorite groups per­form Top 40 hits. Kids would crowd the stage hoping for autographs or to catch one of the 45 RPM records tossed Frisbee-style over the audience by Maynard. 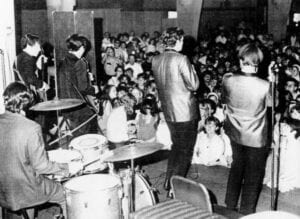 On Friday nights throughout the 1950s and ’60s, teens packed the Canobie dance hall to get a close-up look at their favorite AM Top 40 radio rock stars. A steady parade of famous groups graced the Canobie stage including the Beach Boys, The Supremes, Ray Charles and Chubby Checker. Photo courtesy of Canobie Lake Park

The long list of stars included Ray Charles, Jerry Lee Lewis, The Supremes, The Beach Boys and Chubby Checker. There were also plenty of one-hit-wonders like the Kingsmen (“Louie Louie”), The McCoys (“Hang on Sloopy”), Sam the Sham and the Pharaohs (“Hey There Little Red Riding Hood” and “Wooly Bully”) and, appropriately, The Lovin’ Spoonful with their megahit “Summer in the City.” In the 1960s, all of this entertainment was to be had for a mere 50 cents. Of course, you’d probably buy an icy cold, 10-cent Coke at the refreshment stand since the only air conditioning was a row of large openings on the lake side of the ballroom which just let even more hot, humid air into the sweltering building. 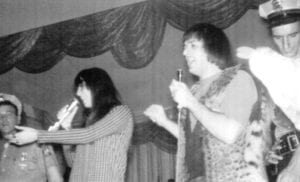 During the peak of popularity of their smash hit, “I Got You Babe,” Sonny & Cher’s 1965 ap­pearance at the Canobie Lake Park dance hall drew such large crowds that the park gates had to be closed. To protect the singers from adoring fans, the stage was lined with Salem police officers. Photo courtesy of Stephanie Micklon

The biggest night of all

The biggest event of the rock-’n’-roll era was the night Sonny & Cher played Cano­bie. They had been signed for just $2,500 several months before their breakout hit, “I Got You Babe,” became a worldwide sensation. The William Morris Agency now demanded $10,000 but Canobie’s owners won the battle and got the duo-sensation for the originally agreed fee. When per­formance night arrived in the summer of 1965, the dance hall was bursting with an overflow crowd. In fact, outside the hall, the entire park itself was so full of fans who just wanted to hear them live that Canobie was forced to close the gates, leaving North Policy Street flooded with cars, disappoint­ed fans and terrified parents.

Shut it down. babe

The dances ended at 11 pm, but the amusements closed at 10. The dance crowd would empty out and walk up through the darkened rides to the park exit. By the mid-Sixties, vandalism was becoming a problem and the acts were getting cocky.

Forty years of exciting weekly shows came to an end when another superstar group, The Young Rascals (“Good Lovin’” and “How Can I Be Sure”) demanded sep­arate limos, separate dressing rooms and several other requests that were simply un­reasonable for the small venue. The owners refused and that was that, no Rascals — and worse — no more dances at all.

The historic ballroom sat unused for many seasons except for special events like the town’s Bi-Centennial Costume Ball in 1976. In following years, the ballroom was finally air conditioned and high-qual­ity, professionally produced tribute acts were showcased featuring impersonators of Elvis, Michael Jackson and the like.

Today, in addition to community events, the dance hall/ballroom hosts regularly scheduled shows throughout the season in­cluding occasional live big bands and rock music. A wonderful museum of the hall’s great music era occupies the south end of the building.